WASHINGTON—Cardinal Daniel N. DiNardo of Galveston-Houston and President of the United States Conference of Catholic Bishops, has issued the following statement on the deadly shooting that has taken place at Chabad of Poway Synagogue near San Diego.

“I, along with my brother bishops, am greatly saddened and deeply concerned over the news that another house of worship has been subjected to violence.  This assault, which occurred on the last day of Passover, is the second shooting in a U.S. synagogue within six months.  Our country should be better than this; our world should be beyond such acts of hatred and anti-Semitism. This attack joins an all too long list of attacks against innocent people, people of all faiths, who only want to gather and to pray. It is a contradiction, a perverting of their teachings to believe that Christianity, Judaism, or Islam would condone such violence.  Unfortunately, both in the past and today, too many preach such hatred in the name of God. This cannot be abided; it must end.

Our prayers today are for the victims of this shooting, and for the Jewish community of Poway, California, placing our trust and our hope in ‘the Lord [who] is close to the brokenhearted, and saves those whose spirit is crushed’” (Ps 34:19). 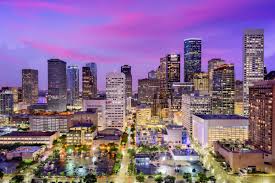